I’m a naturally cautious person. I like to take the time to consider (overthink) all the factors and outcomes before I make a plan of action.

It seems to me that life has other lessons for me – especially in regards to my romantic relationships. The last two long terms relationships that I’ve been in have ended with what can be loosely described as a total loss (as in the relationship, the living space, sense of security, etc).

I wish I could say that these experiences meant that I’ve figured out how to embrace a more ‘go with the flow’ kind of mindset. Maybe in some small way it has. I have certainly had to come to terms with the fact that I cannot control what others do; only how I respond to their actions.

The hard work that I put in over the last few years on setting and maintaining healthy boundaries is having benefits in the last place I expected – learning to allow my son a relationship with his father that isn’t dependent on my own relationship.

It’s not easy. Initially I wanted to protect Kiddo from as much of the effects of the painful realities of these kinds of changes. I did my best to put on a brave face but he confessed to me about 6 months after we got settled into our new life that he’d heard a lot of my crying after I thought he was asleep. That was tough to hear.

But looking at that now, it speaks to me that he is old enough to understand that not all pain is cause for panic. That emotions like fear and grief are natural and part of the healing process.

It makes me very proud of both of us.

Disclaimer: I received an ARC of this book to review. Unfortunately, I had major life changing events and did not get to publish this review as early as I’d hoped.

END_OF_DOCUMENT_TOKEN_TO_BE_REPLACED

I am a worst case scenario person. I feel that if I can figure out the likely end result, then I can come up with a plan to handle it accordingly. This tends to lead me right into worrying about the possible variables and outcomes.

Being ‘cool under pressure’ is not my skill set – NOT AT ALL.

The airbag light sensor light in my car has been causing me a considerable amount of stress. It’s not just the possible financial burden but the practical details, like being able to pick Kiddo up this weekend from his 3 week vacation with my family.

I am absolutely overjoyed to report that, as suspected, the clock spring was causing the light and replacement was covered under the manufacturers extended safety warranty.

Yay! Do a Snoopy dance, or whatever your happy dance looks like.

My personal happy dance is more like Carlton Banks, with a dash of white girl booty shaking thrown in. I was a teenager in the 90’s!

Disclaimer:  I had more than one fangirl moment when I was contacted to review this novel.  I had already pre-purchased the iBook so I received a paperback ARC in exchange for my review. So there’s that. However, I’ve done my very best to write a balanced and honest review.  I hope you enjoy!

The Chateau is the latest Original Sinners novel by author Tiffany Reisz.  Please see the end of the post for more information (genre, publisher etc).

If you’re new to the world of the 8th Circle and its inhabitants, please do not hesitate to step inside!  This novel is able to be read as a stand alone story.

To become the King, one must become skilled in the rules of the game, and how to break them.  As an intelligence officer, Lieutenant Kingsley Boissonneault has all the necessary experience to complete the mission – safely bring home a young man who has become tangled up in a sex cult. END_OF_DOCUMENT_TOKEN_TO_BE_REPLACED

I’ve always had a feline in my life. Although Karma and Kismet (Kissa) lived with my mother for the years I was married…they were always mine, so to speak.

I truly grieved when Karma passed. I worried for Kissa, who would be alone for the first time in her life. Karma was my first  pet as an adult – the first life that I took responsibility for.  Kissa’s passing was difficult in a different way. I lost my ‘babycat’ but at the same time I felt this sense of relief. Now my kitties were together again and in its own way that made things right in the world.

END_OF_DOCUMENT_TOKEN_TO_BE_REPLACED

I wrote last year about the tradition we have at work for decorating pumpkins.  I am so busy with Scouts that I didn’t participate this year.  However, I see how our patients respond to the festivities so I thought it would be fun to share this year’s entries.

My mother asked the other day if Kiddo was still interested in Halloween and I’m replied that I’m concerned this may be the last year.  His interest in the more ‘childlike’ aspects of holidays has been declining over the last two years.

END_OF_DOCUMENT_TOKEN_TO_BE_REPLACED

Since I’d seen a 2014 Hyundai Elantra that I liked, we stopped over at the Hyundai dealership to check out their used stock. The experience there was like night and day compared to all the other places I’d dealt with! We drove a few cars and I found that he was very easy to talk with. I was upfront about my complete lack of credit post divorce and how I was concerned about financing because of that issue.

When Mack (salesperson) asked where I was from, he immediately recognized that his finance guy was from the same area. So we chatted with Chris and he actually gave Kiddo a bunch of brochures and information about the new electric model they are coming out with. END_OF_DOCUMENT_TOKEN_TO_BE_REPLACED

Like so many others, I have my own 9/11 story. There’s nothing newsworthy about it and that’s not why I’m here.

My son is in fourth grade this year. Every year when this date rolls around I try to touch base with him on the topic. It’s a fine line to walk as a parent, especially on such an emotional and political topic. Trying to balance what information is appropriate for his maturity level and being honest about the scope of what happened.

This NPR article popped up in my Facebook feed today. It got me thinking about how the topic is taught in schools. So I went to my best source and asked Kiddo if he knew what today was – he confirmed and gave me a basic outline of the facts of the Twin Towers events.

He told me that it wasn’t something they discussed in class. He actually got his knowledge on the topic from the Scholastic “I Survived…” series. I knew he’d read several of them but couldn’t recall actually seeing that particular book. Please don’t misunderstand me; I have no issue with that at all.

I’m really kind of glad that it wasn’t brought up in school yet. That’s probably because I don’t quite know how I’m going to approach the heavier aspects of that part of history.

Have your children learned about 9/11 in school?

Vacation in Yellowstone and the Grand Tetons was amazing. There are simply no words to express how much in love I am with the Teton range. Highlights of the trip include seeing a black bear, taking a scenic float down the Snake River and of course, seeing Old Faithful.

There are a lot of pictures to be shared. I promise, I will get to them soon.

The reentry into my normal life was a bit jarring to say the very least. We were involved in what I thought was going to be a fairly minor collision on the way home from the airport. However, after having my car looked at it seems that the greater issue has nothing to do with the accident and I’m looking at an engine replacement (or shopping for a new car).

I’ll be brutally honest. My anxiety is raging and not having a clear direction on the next step yet is fueling that fire. I am literally months away from paying off the loan on my car and have to evaluate cost vs value. So I have some decisions to make in the next week or so that aren’t easy.

The important things are in order – family is healthy, my job is being great (best coworkers ever) and I have a good support system. I know that my personal struggle is feeling that the situation is out of my control and quite frankly, I suck at asking for help.

It’s not uncommon that on Saturday afternoon we run errands. This usually means stopping in for frivolous browsing (& purchases). We go to the craft store, the pet store, and usually Target. Target is a special stop since it’s across town and more often than not we get a little treat at the in store Starbucks.

Kiddo went to a birthday party this afternoon – it was at the same pottery studio we held his at earlier this year. The birthday girl was G, one of the two girls who scuffled over his attention at his party. I had a commitment elsewhere so we dropped him off at the party and retuned later. He was pretty quiet about the details of the party but I did get him to admit that he sat next to the birthday girl.

After a brief stop at Target we went next door to the PetsMart. Kiddo made a beeline for the cat adoption area.  There was a year old male tabby who immediately reminded me of my ‘babycat’ Kissa who is 15 and lives with my mother. After all these years she’s really more my mom’s cat than mine but whatever.  After Karma (her ‘brother’) passed away a year ago, it hit me really hard.

It’s been about 6 years since I shared my home with a companion animal. While I absolutely adore my corn snake, he’s not exactly cuddly or affectionate. I said for a long time that I wouldn’t get another cat until Kissa passed away. Her health is declining, albeit slowly. She’s certainly not young anymore.

Today we met a cat named Floyd. For the first time, I gave serious thought to adopting another cat.  There was a lot of discussion after we left the store – the practical things like pet deposits and making Kiddo responsible for feeding time.  Then, naturally, the idea of being emotionally ready.

We decided to handle this similarly to how we approached getting Atlas, our snake. The details are different since snakes have some very specific care requirements and honestly I could walk in to a WalMart and get everything I need for a cat. However, it’s the idea of introducing a new family member the right way. 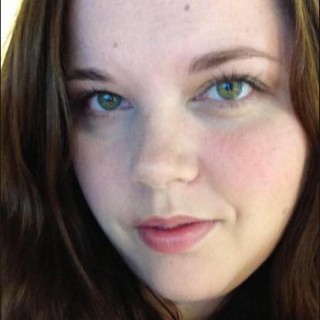 I'm a 30-something Mom blogging about my life. For more details please see the About Me page in the top menu. Topics include parenting, crafting, Cub Scouts, planners and any other thing that might just grab my attention.